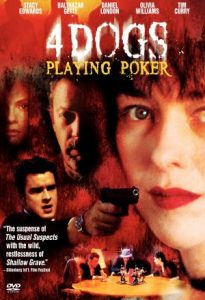 (starring Forest Whitaker, Tim Curry, Balthazar Getty). Concurrently he wrote episodes for the television series, REDWALL. After editing and writing for several films and television shows, in 2007 he joined VISIONAIRE MEDIA and edited the critically acclaimed documentary series ON THE ROAD IN AMERICA . He also won several awards including the Audience Choice “Best Short Film” in the Beverly Hills Film Festival (2003) for his black comedy, SHOTGUN WEDDING.  In 2009, he Produced, Directed and Edited the powerful documentary, LIFE AFTER DEATH, which won numerous Awards on the festival circuit. In 2011 and 2012, Shawn was Editor, Producer and Post Production supervisor on the second and third seasons of ON THE RAD IN AMERICA and edited the cult classic  MEGA PYTHON VS. GATOROID, a feature film for SyFy Channel directed by MARY LAMBERT.  In 2014-2015, Shawn directed and edited the feature documentary, YEMENIETTES,  the reality series, GENERATION ENTREPENEUR and the short film, ANGEL ROAD, winning dozens of awards on the festival circuit.   He is currently the Co-Director and Supervising Editor for the Award Winning 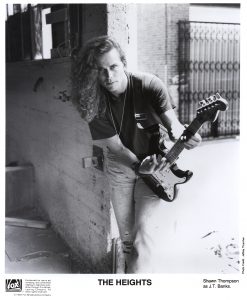 Shawn began his career as an actor and musician in NYC before he moved to LA  to star in the Aaron Spelling television series, THE HEIGHTS.   He received a Gold Record for singing, songwriting and playing guitar on Gold Record for the hit soundtrack and the single,  HOW DO YOU TALK TO AN ANGEL, which went to #1 on the Billboard Charts

Jerome is an Academy Award-nominated and Emmy-winning filmmaker who created, executive produced and directed the hit series,

ON THE ROAD IN AMERICA, about four young Arabs traveling across American with an American film crew, now in its third season. He also executive produced MUSLIM WOMEN and LIFE AFTER DEATH, both of which aired in the Middle East and are currently in release. Jerome has recently completed production of the third season of ON THE ROAD IN AMERICA and the Award Winning documentary,  AMERICAN CARAVAN and TRADING PLACES. Other credits include PUMPING IRON, the Academy Award-nominated documentary that launched the career of Arnold Schwarzenegger; STRIPPER, the critically acclaimed feature documentary distributed by Twentieth Century Fox.  For more information on Jerome Gary and Visionaire media go to visionairemedia.com

Leon Shahabian serves as President & Executive Producer of Layalina Productions, Inc. He is currently in post-production on the first season of American Caravan, a reality series featuring six young Americans traveling across five Arab countries in the footsteps of the Arab Spring.  He produced, Yemeniettes, the multi award-winning feature documentary on female youth entrepreneurship in Yemen, currently sweeping the festival circuit. 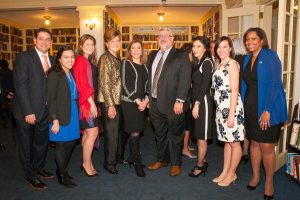 Leon executive produced three seasons of the hit reality series On the Road in America, Season I (2007-2008, MBC1 and the Sundance Channel, distributed by Warner Brothers and New Line Television), Season II (2010, MBC1 and MBN), and Season III (2011).