Mary started her career during the birth of MTV directing  BORDERLINE & LIKE A VIRGIN for Madonna.  In the feature world, Mary is best known for directing PET SEMATARY, based on Stephen King’s novel. It was a huge box offi 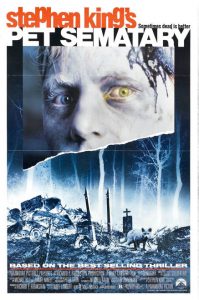 ce success, which led to a sequel, PET II, also directed by Mary. Her first film, SIESTA, is a cult classic starring Ellen Barkin, Gabriel Byrne, Jodie Foster, Julian Sands and Martin Sheen. Siesta earned Mary a nomination from the Independent Spirit Awards for Best First Feature. Her films CLUBLAND, an independent feature about the music scene in Los Angeles, THE IN CROWD, a teen thriller, and the recent movie URBAN LEGEND 3 are all aimed at the teenage audience that adored her music videos. 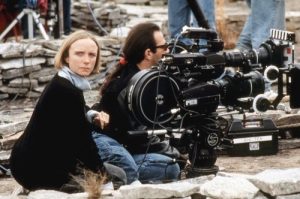 both seasons of  ON THE ROAD IN AMERICA.

In 2007 Mary directed and produced her first feature length documentary, 14 WOMEN, about the 14 women US Senators in the 109th Congress. For her second feature length documentary, MISS SOUTH PACIFIC, Lambert is still directing principal photography, traveling back and forth to Fiji to document this story about a group of women who compete in the Miss South Pacific Pageant and their focus on climate change in the South Pacific.

In the world of fantasy and feature films, Lambert recently directed THE DARK PATH CHRONICLES, a series of webisodes for Fearnet.com. and MEGA PYTHON VS. GATOROID, a feature film for SyFy Channel.